Our conference  offers an exceptional line-up of speakers with workshops covering a wide variety of topics.

We  invite speakers who present messages of hope and encouragement along with plenty of practical ideas and insight to help you teach, nurture, and develop the gifts in your child.

Continue to check back here for exciting 2022 speaker announcements!

We pray you'll leave our conference refreshed, re-energized, strengthened, inspired, and full of fresh ideas for your year ahead. 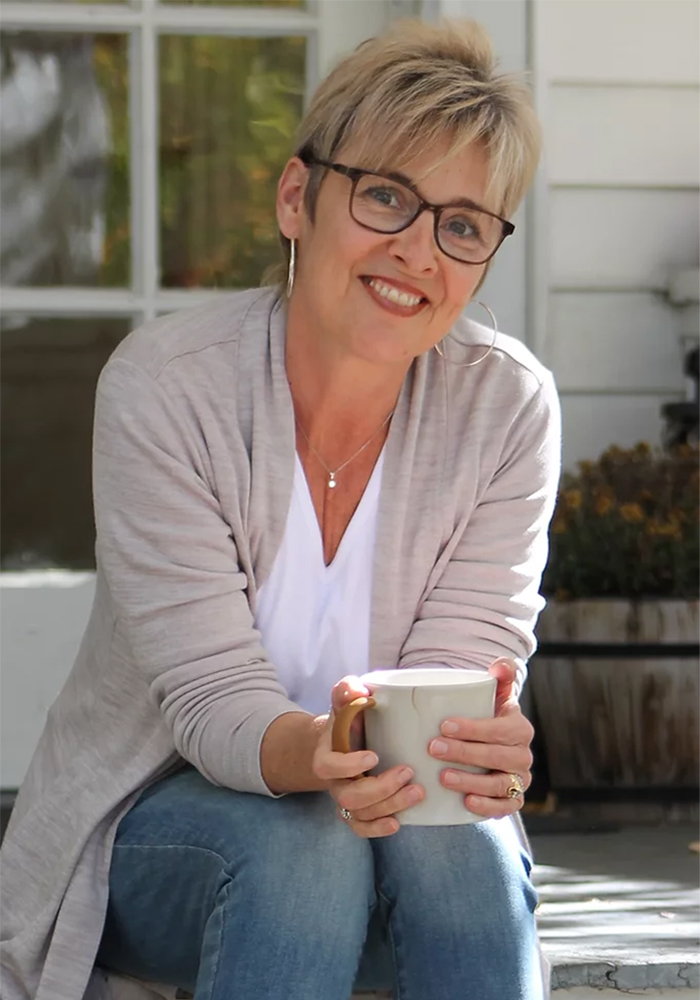 • Unhurried Homeschooling:
Why We Need to Slow Down
• Homeschooling:
Purpose or Performance?
• Building Resilience in Your Kids
• Preparing Your Mom Heart
for the Post-Homeschool Years
• Nurturing Sibling Relationships*
• Sustainable Homeschooling 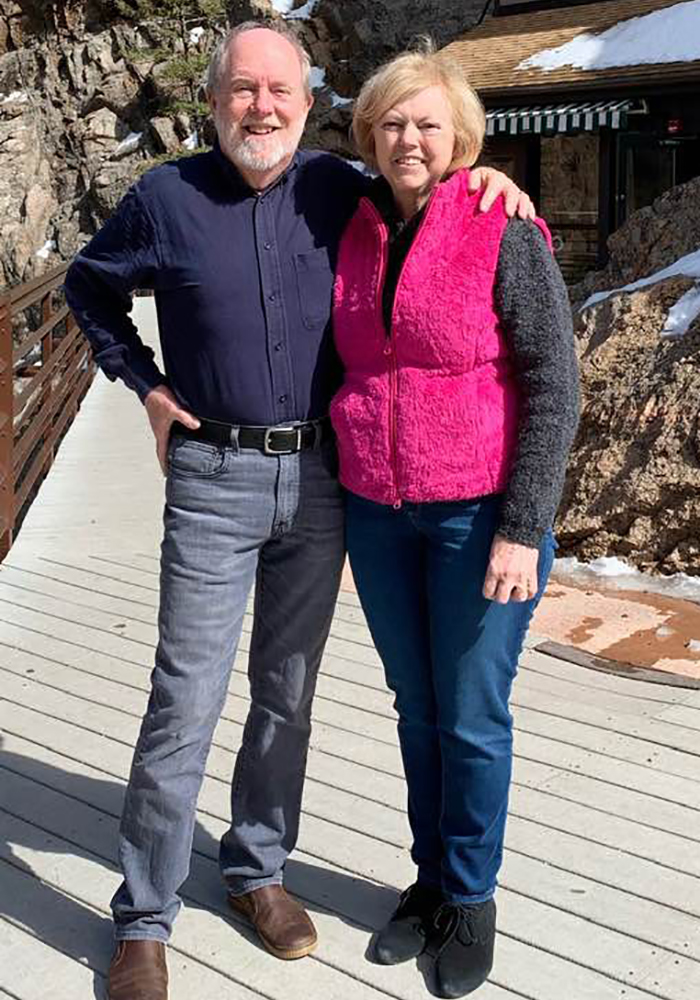 • Our Children:
A Letter of Christ to the Culture
• Seven Prayers of a Parent*
• Pulling Weeds
or Applying a Pre-Emergent
• Eyes & Ears to See & Hear:
Teaching Art & Music
• Literature: Filling Our Children's Hearts, Souls & Minds with Truth 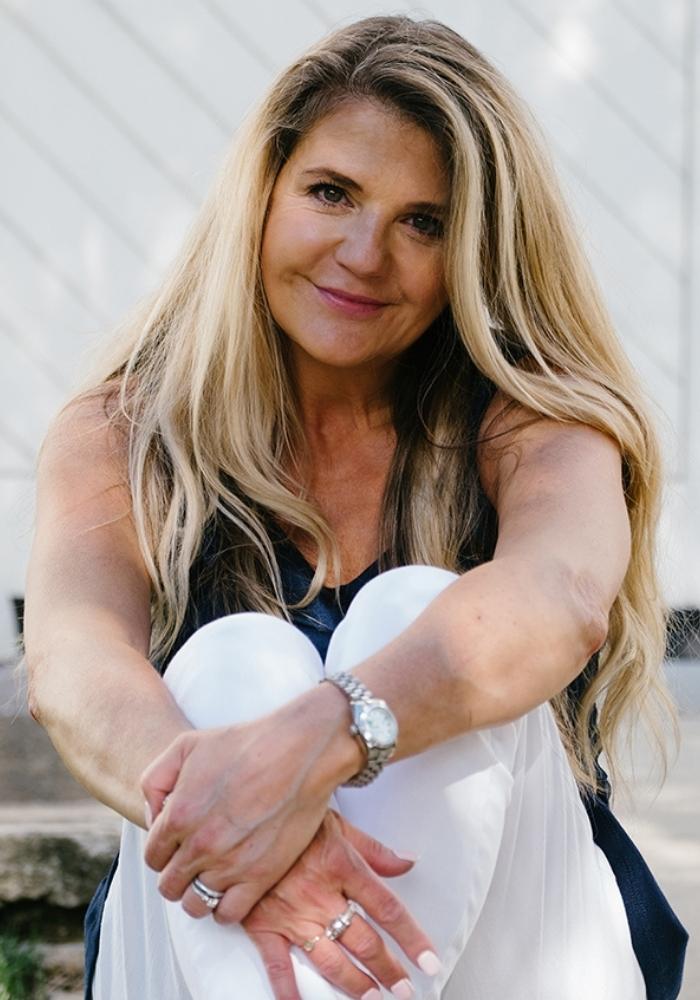 • The Happiness Habit:
A Life Hack
• 5 Steps to a Superior Science Education
• Guard Your Schedule:
The Wellspring of Your Homeschool
• The Secret to Teaching Writing
That Anyone Can Master
• The Essential Tools for Developing Self-Motivated Children 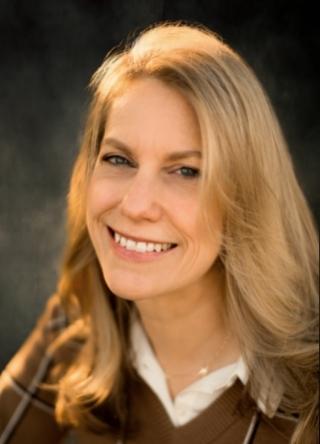 Nancy Kelly lives in a little town on the prairie called Windom, Minnesota. She and her husband Kent have home-educated their six children for over 25 years using the principles and practices of Charlotte Mason. After meeting and listening to Susan Schaeffer Macaulay speak on education at the 1994 L’Abri Conference in Rochester, MN, she decided to wholeheartedly pursue this Gospel-based way of learning and living.

Nancy has helped build a thriving educational community in southwest Minnesota through book discussion groups, the Truth, Beauty, Goodness Co-op, and the Living Education Retreat, now in its 16th year. She is a sought-after educational consultant and mentor through individual sessions and group lessons online in her Living Education Lessons.

She is a book rescuer and has republished several inspiring texts important to the CM community. You can read her blog and other doings at her website, Sage Parnassus. She enjoys family, ‘bright eyes,’ flower gardening, exploring the flora and fauna of new places, and of course...books. Contact her at [email protected]. 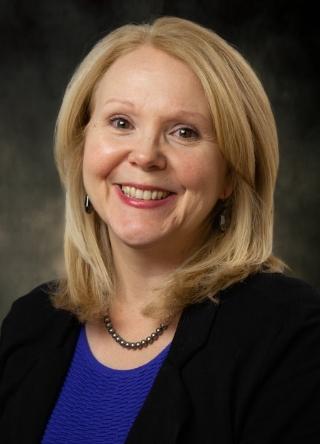 She has an MEd in reading from Shenandoah University. Her areas of expertise are early childhood literacy, reading assessment, and the identification and remediation of reading difficulties and disabilities.

She lives in Fauquier County, Virginia, with her husband, Matthew, and homeschools her daughter, Hailey, and son, Hayden. Her passions include reading for pleasure, singing, traveling, nature/science, leading Bible studies, and teaching reading to struggling students. 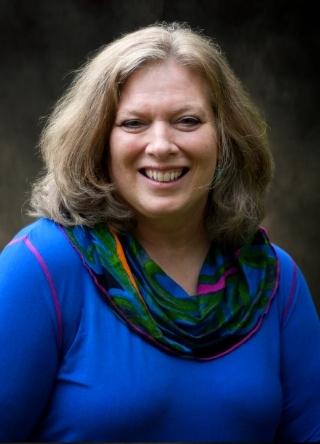 Vicki Tillman has been working with homeschool high schoolers for decades as an academic advisor and career coach. She specializes in helping teens find their strengths, manage themselves and their academics well in the present while planning for the future.

Through her coaching, teens have found that they enjoy writing fiction, poetry and even research papers. She helps them learn to "like Psych" and other high school topics like Career Exploration, Human Development and Early Childhood Education through the curriculum she has developed.

Vicki is a member of the 7SistersHomeschool team. She also shares lots of how-tos on the Homeschool High School Podcast.

Her five kids homeschooled through graduation and have now all graduated from college. Four of them are teachers and one is a professional photographer, so they all keep super busy. 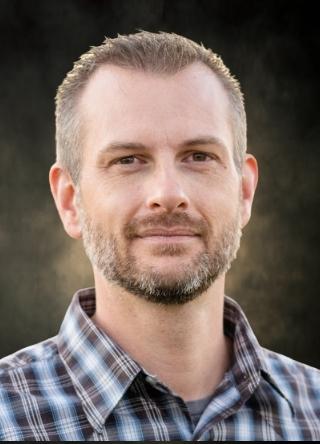 Rory Groves is a former technology consultant and founder of multiple software businesses. Several years ago he moved his family from the city to the country to begin the journey towards a more durable way of life.

Rory and his wife Becca now reside in southern Minnesota where they farm, raise livestock, host workshops, and homeschool their five children.

He is author of Durable Trades: Family-Centered Economies That Have Stood the Test of Time, and director of Gather & Grow, a nonprofit ministry dedicated to rebuilding the family economy. 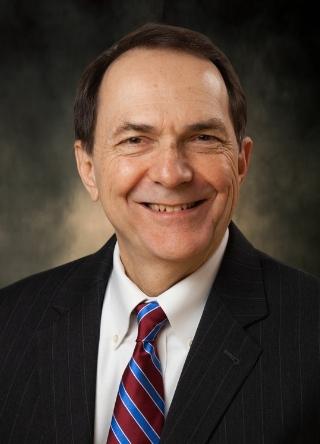 Scott Woodruff, a follower of Christ since his conversion in 1971, earned his juris doctor degree from the University of Virginia in 1980. He's worked for HSLDA since 1998, assisting thousands of home educating families in dealings with social workers, police officers, truant officers, principals, superintendents, and prosecuting attorneys.

Scott has represented HSLDA members in court and has appeared before many state legislatures to fight against repressive homeschool legislation. He is a frequent speaker at homeschool conferences and on radio programs across the country. Scott and his wife, Jane, homeschooled all three of their children. 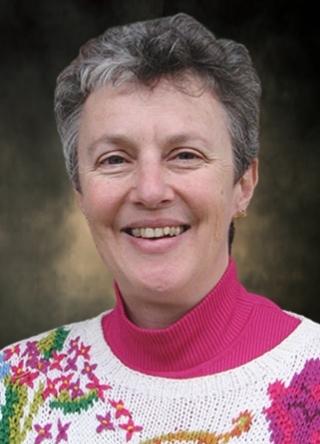 Nancy began as the ultimate homeschool skeptic. Now, after 20+ years teaching her own four children, she has become the “go-to lady” for many and a champion of the cause.

She's a certified teacher and has spoken at homeschool conferences in over 10 states where she is known for her enthusiasm, energy, and encouragement.

Having graduated all of her children, Nancy finds it exciting to have graduated herself to being a mentor for other homeschool families.

She and her husband own HEPPNER’S LEGACY, a homeschool store in Elk River, MN, where they delight in ministering to the unique needs of families year round, and where parents say, “Come for the books. Stay for the therapy.™” 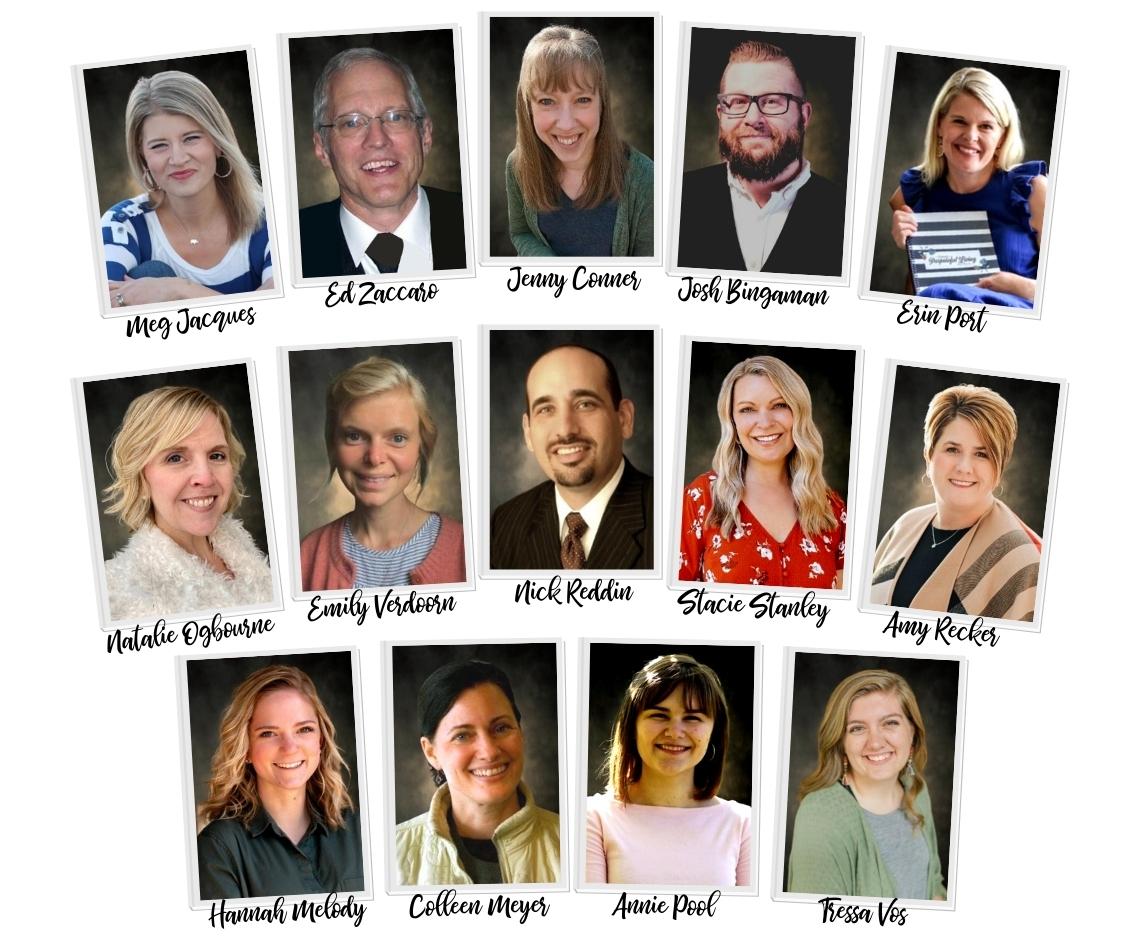 "Keep up the great work
in choosing such excellent speakers
to come and speak into our lives." 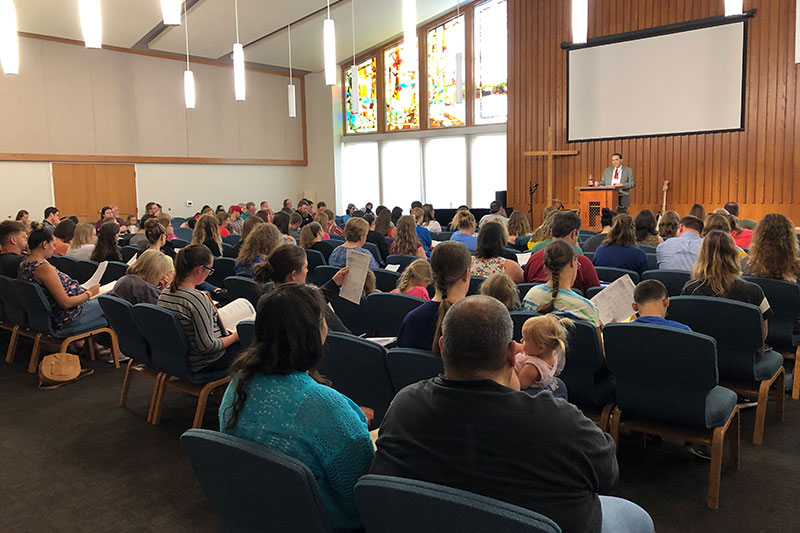 Speaking at the Homeschool Iowa Conference is by invitation only. Speakers are carefully selected to fit Homeschool Iowa's philosophy, vision, and mission, and to not conflict with the Homeschool Iowa Board of Directors’ biblical worldview. Because of the high volume of speaker inquiries we receive, we are only able to follow up with those we are inviting to speak. If we are interested in having you speak, we will contact you before the year end preceding the scheduled conference date.

Speaker packets should include:

Submit your packet to:

By sending your audio recordings, you are consenting to allow Homeschool Iowa to upload them to a secure site for the speaker committee to access during the review process. Please note that submitted items, including workshop recordings, will not be returned.

Join us at the 2022 Homeschool Iowa Conference!

EXCITING PLANS IN THE WORKS!

Durenda Wilson is the author of The Four Hour School Day (Zondervan), The Unhurried Homeschooler and Unhurried Grace for a Mom’s Heart. She is also the host of The Durenda Wilson Podcast and writes at durendawilson.com. She has been part of the Homeschooling Today writing team for 3 years and has written numerous posts and articles for other magazines as well.

In her new book, The Four Hour School Day, she gives parents a fresh perspective that will help them see how doable home education really is! Packed with encouragement and practical advice, this resource equips parents with all the information they need to create a sustainable homeschooling plan customized to their child's needs.

Durenda has been a wife to Darryl for 32 years and homeschooling mom to 8 kids, 7 of whom have graduated. (She is also a nana to seven!) She homeschooled her children from the beginning. Durenda brings decades of experience in a gracious, practical, and gentle way. Her words and voice bring a sense of calm to the hearts of parents and help them realize that they really can do this!

Durenda believes that because our parental role is God-given, He will be faithful to equip parents with exactly what they need so they can effectively disciple and enjoy these years with their kids...and it often starts with slowing down. The Unhurried Homeschooler reflects the positive response to Durenda’s message. In five years, this book has sold over 30,000 copies. Her podcast averages 23K downloads per month and she has a very active and engaged social media audience.

Durenda has been a featured speaker at many homeschool conferences and women’s events.

Her passion is to mentor parents so they can build strong, cohesive families and enjoy the many benefits of home education!

David was raised in Oklahoma City, the son of a depression era father who completed only the 4th grade in school. His mother worked with her children diligently teaching them many skills after and beyond the classroom. In 1967 David gave his life to Christ through the ministry of a part time summer intern at his church.

Shirley is the middle child of five, surrounded by boys. Her mother therefore affectionately nicknamed her “the rose between the thorns.” She came into a personal relationship with Jesus Christ when her high school sweetheart (David Quine), invited her to an evangelist Christian concert. Four years later, she married her sweetheart, and they began their life and ministry together.

She was able to use these interests and skills to teach her own children and assist David in developing curriculum for homeschooling families.

David graduated from Oklahoma State in 3 1/2 years (with honors) with a BS degree in Geology, and later with an MS degree in Curriculum and Instruction Education. In between David’s college studies, he and Shirley served on the staff of Campus Crusade for Christ for 2 1/2 years ministering to college students at the University of South Dakota. While discipling those young adults he was often asked to help them formulate a Christian answer (an apologetic) for their various classes, as their Christian beliefs were being targeted in the classroom.

The Lord used these incidents to create a desire in David to see Christians equipped to be able to defend their faith and know what Scripture has to say about all areas of study.

David taught as a public school educator and served as the Director of Science Education (K - 12) for the fourth-largest school district in Texas. In 1984 he left the public school arena and began writing curriculum for Shirley to use as she home schooled their first five children. David developed the first "hands-on" manipulative-based math and science programs designed especially for homeschooling parents (Making Math Meaningful and Science: The Search). The programs were soon followed by the very popular Music and Moments with the Masters and Adventures in Art.

As their own children matured, David’s desire to impart a clear apologetic program for students lead him to write Worldviews of the Western World and Starting Points. His goal has always been to equip the next generation to “stand firm” in Christ.

David, together with Shirley, has also written integrated studies for building the Biblical Worldview for younger students, including A Heart 4 You: China and The Grand Story.

David and Shirley have been honeymooning together for 46 years, are parents of nine incredible adult children and fourteen grandchildren.

Jeannie and her husband, Jeff, became empty nesters in 2019. All four of their children went to the University of Georgia on scholarship. (Yes! Homeschooling works!)

For more than 20 years Jeannie has traveled around the country speaking to homeschoolers at conventions, covering a plethora of topics from Charlotte Mason homeschooling and college prep and teaching science and developing a powerful prayer life.

Jeannie grew up in Austin, Texas and received her Bachelor of Arts from the University of Texas at Austin and her Master of Fine Arts in Creative Writing from Fairfield University. She is also a Certified Christian Life Coach and is dedicated to serving the homeschool community through her books, blog, articles, speaking engagements, and podcasts.

Jeannie loves to connect with fellow homeschoolers. In addition to her website, you can find Jeannie on Instagram, Pinterest, her Facebook page or her Charlotte Mason Christian Homeschoolers Facebook Page and Group, as well as on the Homeschool Solutions Show podcast where she hosts once a month.